Can These Lights Make Crosswalks Safer for Pedestrians Distracted by Their Phones? – Smithsonian Magazine 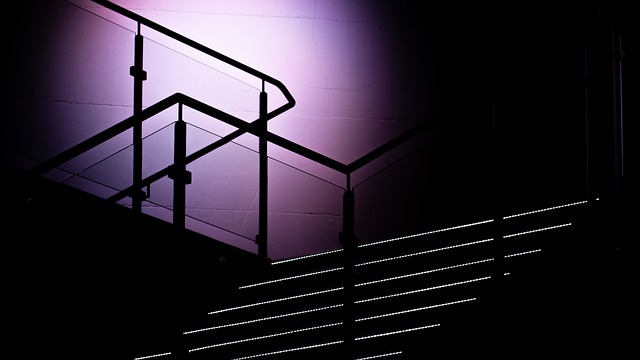 So far, pedestrians have mixed feelings about the experimental new lights in Hong Kong.
Courtesy of Hong Kong Transport Department


These days, pedestrians waiting to cross the street are apt to be looking down at their phones—checking email, responding to texts and scrolling through TikTok videos—rather than watching their surroundings. In a bid to keep distracted walkers safe at traffic signals, transportation officials in Hong Kong have installed downward-facing LED lights that cast a red glow on the sidewalk when it’s not safe to cross.

The lights are in a six-month trial period at four busy intersections near shopping malls, restaurants, public transit stations, markets and schools. Depending on how effective the experimental lights are at those places, Hong Kong transportation officials may decide to add them elsewhere, too.

This new system isn’t meant to replace the existing crosswalk infrastructure, which in Hong Kong consists of two illuminated silhouettes of people—one that glows red to indicate pedestrians should wait and another that turns green to signal it’s safe to walk. Instead, the new lights are just meant to be a reminder for walkers, “in particular when their heads are nodding down looking at the mobile devices,” per the Hong Kong Transport Department.

“For people looking down at their phones, we have found another way to let them know there is danger,” Alex Au, chief engineer of traffic control for the Hong Kong Transport Department, said on a radio program, per Agence France-Presse (AFP).

So far, Hong Kong pedestrians have mixed feelings about the new LED lights. As Shirley Chan, a 50-year-old waiting to cross the street in Causeway Bay, tells Bloomberg’s Hayley Wong, pedestrians will quickly “get used to it as if it doesn’t exist.” Another passerby found the red glow to be spooky, the publication reports.

The LED lights are at four Hong Kong intersections.

Still, Hong Kong has seen a slight uptick in the number of pedestrians killed as a result of not following traffic signals—from 4 individuals in 2019 to 6 in 2021, per Bloomberg. Already this year, four pedestrians have died at signaled crosswalks due to not obeying them.

Even if pedestrians aren’t looking at their phones specifically, they might still be distracted. As Andrew Liszewski writes for Gizmodo, “Even those who choose to keep their devices in a bag or pocket when they step outside can’t escape the endless barrage of notifications, which still sneak through thanks to wireless headphones and connected smartwatches.”

Hong Kong isn’t the only region to implement innovative pedestrian safety measures. In Seoul, South Korea, crews embedded LED lights at the edge of the crosswalk that change from red to green when it’s safe to walk across. Two cities in Germany—Cologne and Augsburg—tested something similar at tram crossings. The Chinese city of Chongqing designated a special walking lane for pedestrians using their phones. In Stockholm, Swedish artists erected cheeky warning signs showing two pedestrians bent over their phones.