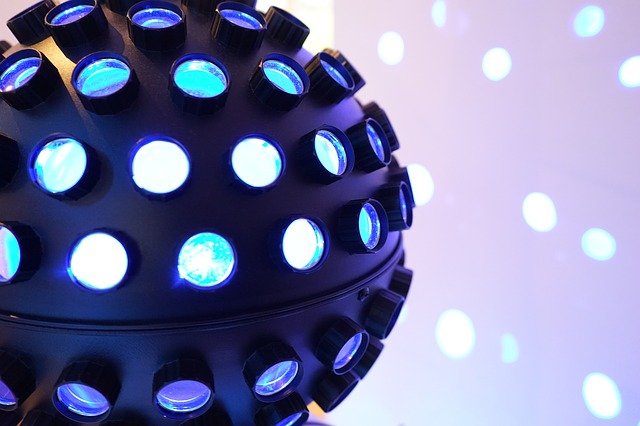 Reflectors are usually used to project low beam or high beam rather than to project an adaptive head light because the reflector is used for nonimaging projection. A design with a way of light field technology has used a single reflector to perform low beam and high beam with two LED modules where three LED dies are composed in each module. Owing to the constraint of the used LED module, the illumination area/range is not adjustable. This property cannot provide feasible lighting according to different roadway conditions. Therefore, the design in this paper must be divided into two parts, i.e., the light source and the reflector.

In regarding the light source, to ensure the maximum feasibility of illumination range and reduce the cost, we select the LED die with dimensions of 500 μm × 500 μm, which are the maximum size ranked as mini-LEDs27. To reduce the cost, all the emitters are GaN blue dies so that the die bonding, phosphor coating and electrical driving will be consistent. To make the light source as tight as possible and the adjustable range as wide as possible, we design a light source with a 5 × 6 matrix as shown in Fig. 1. To simplify the technical instruction, we choose the K-mark regulation as the reference for the head lamp28. In the regulation, there are several check points for low beam and high beam, as shown in Fig. 2, where A point is the main bright point for the low beam, and the ratio between the illuminance at A point (EA) and at HV point in the dark zone (must be less than 2 lx) is defined as the contrast, which must be larger than 20. In the high beam, HV is the main bright point, and the illuminance at this point must exceed 50 lx.

The detailed arrangement of the mini-LED matrix.

The K-mark regulation for (a) the low beam and (b) the high beam.

The optical design of the reflector should take care of the low beam and the high beam with the designed mini-LED matrix. We set the dies numbered C4/D4/C5/D5 as the main light source for the low beam (so-called L-group), and B2/C2/D2/E2 for the high beam (so-called H-group). The reflector was divided into 68 segments shown in Fig. 3. The optical design follows the rule of light field technology30. Since the etendue of the light source received by each segment is different, the specific segments (called HL segments) with smaller etendue are used to project low beam with a high-contrast cutoff line, and the other segments are projected downward for ground illumination. The LED dies responsible for the high beam are far from the reflector, so the reflected rays from the HL segments will propagate upward to form the high beam. Thus the HL segments are for both the low beam and the …….