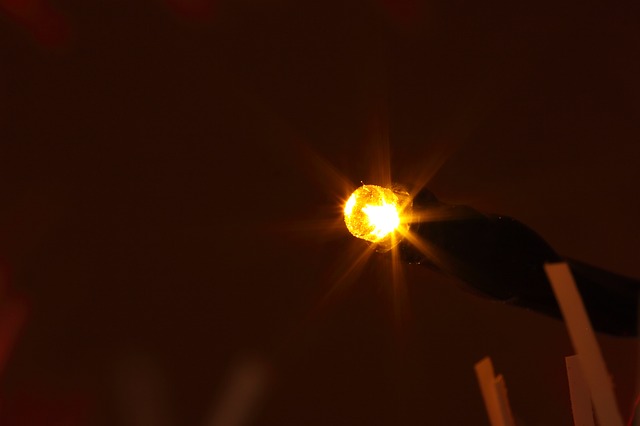 The orange glow of streetlights illuminating hundreds of streets across Kansas City will soon get a major upgrade.

By a vote of 11-1, the Kansas City Council on Thursday passed an ordinance for a contract to replace 84,000 city streetlights with LED bulbs and fixtures. The city will contract with local company Black & McDonald to do the streetlight replacement, which will begin this May and is expected to take three years to complete.

Councilman Brandon Ellington cast the lone dissenting vote, saying he wanted the Public Works Department to handle the replacement rather than a private company.

Maggie Green, media relations manager for Kansas City, said the project is a wise investment that will lead to reduced maintenance and energy costs and a reduction in carbon emissions.

“We’re trying to be as green of a city as we can be, even the greenest city,” she said. “I think that this accomplishes a lot of things at once: we are upgrading our infrastructure, we’re making it more energy efficient, we’re saving costs, saving taxpayer dollars, maintenance costs.”

The push for LED streetlights is one of several projects and initiatives the city is pursuing to address the impacts of climate change and become a more environmentally friendly city. Those efforts include replacing the city’s municipal fleet with electric vehicles, adding a 2,000-acre solar farm at Kansas City International Airport and declaring a climate emergency in the city.

The city began replacing some streetlights with LED bulbs in 2011, but that occurred in small increments. So far, 6,800 streetlights in Kansas City have been replaced, with the most recent improvements taking place along Barry Road, Linwood Boulevard, Bannister Road and Chouteau Trafficway.

“What is new is, and what the city manager kind of brought a really big emphasis (on) was like, ‘Let’s do this city wide,’” Green said, referring to City Manager Brian Platt.

Right now, most of the city’s streetlights are high pressure sodium, which emits an orange-yellow glow at night. According to a news release from the city, high pressure sodium lights cost $13 million a year to operate: electricity costs run about $7 million and maintenance costs about $6 million. These standard bulbs must be replaced every four years.

LED lights can be identified by their whiter, and often brighter, glow. They are widely regarded as more energy efficient than high pressure sodium bulbs. Earlier this week, the Public Works Department, in a presentation to the Transportation, Infrastructure and Operations Committee, said switching to LED lights will help save $27 million over 10 years.

Converting to LED would cost about $21 million, according to city estimates. The city projects that savings from the project will increase from an estimated $212,000 in the first year of construction to $2.5 million in the third and final year, according to the Public Works presentation. The city is projected to save about $3 million a year once the conversion is completed.

Public Works projected that the city would save 2,500 tons in carbon …….