The French town where the lighting is alive – BBC.com 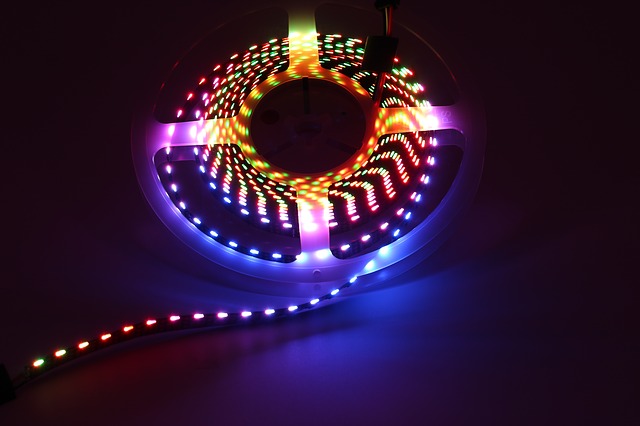 Founded in 2014, Glowee is developing a liquid raw material – in theory endlessly renewable – made of bioluminescent microorganisms. It is cultivated in saltwater aquariums before being packaged in the aquarium tubes. The manufacturing process, claims Rey, consumes less water than manufacturing LED lights and releases less CO2, while the liquid is also biodegradable. The lights also use less electricity to run than LEDs, according to the company, although the Glowee bulbs produce fewer lumens of light than most modern LED bulbs.

While Glowee’s lights are currently only available in standard tubes for events, the company is planning to produce several types of street furniture, such as outdoor benches with in-built lighting, soon.

Guillaume Douet, head of Rambouillet’s public spaces, believes if the experiment is a success it could lead to a transformation across the country. “This is about a city of tomorrow,” says Douet. “If the prototype really works, we can bring it to a large-scale deployment and replace current lighting systems.”

But bioluminescent lighting isn’t new. In around 350BC, Greek philosopher Aristotle described bioluminescence in glow worms and fireflies as a type of “cold” light. Coal miners have used fireflies in jars as illumination in mines where any kind of flame – even a candle or lantern – could trigger a deadly explosion. Meanwhile, glowing fungi have for years been used by tribes in India to illuminate dense jungles.

Yet Glowee is the first company in the world to reach this level of experimentation, and the company says it is in negotiations with 40 cities across France, Belgium, Switzerland and Portugal. ERDF, a largely state-run company that manages France’s electricity grid, is among Glowee’s backers, the European Commission has provided €1.7m (£1.4m/$1.9) funding and France’s National Institute of Health and Medical Research (Inserm) has given technical support.