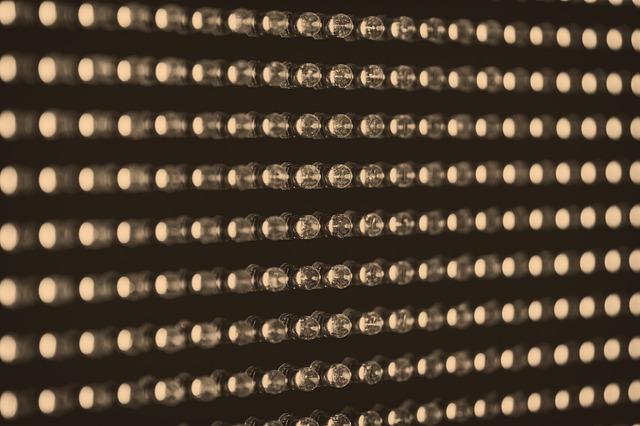 Credit: Can Bayram, The Grainger College of Engineering, University of Illinois Urbana-Champaign

The name of Nick Holonyak, Jr., UIUC’s own “father of the LED,” needs no introduction. His 1962 invention of a light-emitting diode (LED) that emitted visible red light was one of the greatest engineering breakthroughs of the century, opening the door to a form of artificial lighting that consumes up to 50% less energy than traditional incandescent bulbs.

It was his fans’ turn to become incandescent when the 2014 Nobel Prize in Physics went not to Holonyak, but to others who had done later LED work: the invention of high-power blue-light LEDs in the early 1990s.

But once we had those red and blue LEDs under our belts, we needed just one more thing—a practical green LED—and we could attain the Holy Grail of LED lighting: true white-light LED fixtures that produce white light by combining red, blue, and green LEDs. Unfortunately, high-power, high-efficiency green LEDs have remained elusive, despite decades of effort.

Now, HMNTL’s Can Bayram and Jean-Pierre Leburton, along with their former Ph.D. student Yi-Chia Tsai, have not only shed light on the causes of efficiency droop, but have discovered a powerful way to avoid it: use of cubic-phase, rather than the traditional hexagonal-phase, crystal structures.

Researchers have long considered a phenomenon called “Auger recombination” to be a major culprit in efficiency droop—but the numbers never quite added up. Bayram notes that previous studies ignored electron–hole asymmetry in the Auger processes, “leading to a misinterpretation in the fundamental limits of InGaN-based LEDs.” The HMNTL team discovered the importance of electron–hole asymmetry via a simulation tool they developed, the Open Boundary Quantum LED Simulator, which they plan to make available to others.

But they didn’t stop there: they also discovered that internal polarization of a nitride semiconductor has a huge impact on Auger recombinations, “because this inner crystal property modifies the way electrons behave, compared to their behavior in unpolarized materials,” Leburton says. Critically, the hexagonal crystals traditionally used in blue and green LEDs exhibit internal polarization, whereas cubic ones do not.

“The idea here is that when the crystal structure is more symmetric, you don’t have efficiency droop,” says Bayram. “This is not really surprising, because the red LED invented by Holonyak is cubic, so it doesn’t have efficiency droop. And now we know that if we can make a blue or green LED with a cubic GaN, instead of a hexagonal GaN, we will also not have droop. And we will solve the green gap!”

The implications are enormous, as the economic and environmental costs of lighting are huge. The U.S. Department of Energy has set goals to reduce lighting-related energy needs by approximately 55% by 2035, thus reducing the U.S. energy bill by roughly $50B, or 5%.