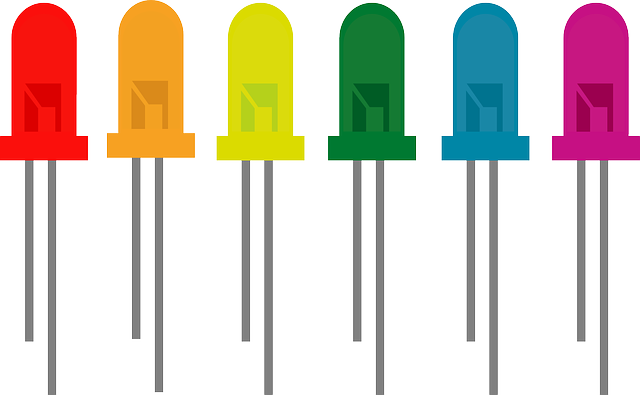 The photos displayed a difference in exterior lighting that could only be described as night and day.

“(Looking at) those pictures, I’m like, ‘It’s daytime. Wait, no, it’s the lights,’” board member Angela Hancock said during the meeting on Tuesday, April 12.

That’s exactly what Beehner wanted to hear. Thanks to her efforts, the Washougal School District completed a project to replace and upgrade the vast majority of the external lighting at the three school buildings, the football scoreboard at Fishback Stadium, and its bus barn in March.

The $110,000 project was almost completely paid for by a grant from Clark Public Utilities (PUD) and the Washington State University Energy Program’s Community Energy Efficient Program, which encourages homeowners and small businesses across Washington state to make energy-efficient retrofits and upgrades.

Kris Grindy, the district’s finance director, described the project as “a home run” for the district during the April meeting.

“It’s amazing what LEDs can bring as far as cost savings, bettering the environment, and increasing safety and security for staff who work late at night,” Beehner told the Post-Record. “We were excited to team up with Clark PUD and (key accounts manager) Bill Hibbs for another great project. I’ve done several energy projects with him and the PUD over the years, so it was good to be able to bring this into Washougal.”

Hibbs initially offered the funds to multiple commercial organizations in Clark County and told Beehner that she’d receive, at most, $40,000. But no other local groups expressed interest in the grant, leaving the entirety of the money to the Washougal School District.

“I don’t know if people just didn’t have time, or weren’t interested, or (thought) they were going to have to come up with funding on their own to offset some of these things,” Beehner said. “As it was going, Bill would call and say, ‘I can increase you to this amount,’ so we went from $20,000 or $40,000 up to $110,000. I was very thankful for that. He was like, ‘Do you have any other lights?’ I was like, ‘Yes, I do. I’ll tell you everything I have, you tell me what qualifies, and let’s do it.’ Bill can tell you that my favorite projects are the ‘free to very cheap’ projects.”

Beehner, who was hired by the district in the summer of 2021, actually started working on the project before her official first day of work.

“Of course there were deadlines for the funding, so it was important to start working on it before my team even knew who I was,” Beehner said. “But It was OK because (I had a similar role at my) previous job, so I was just learning a new group of people, schools and administrators, and apologizing to people, ‘I know that I’ve met you before, but I just can’t remember your name right now.’”

The district also spent $5,300 of its own funds to replace the lights at Hathaway’s portable classroom facilities.

“The lights at the Hathaway Elementary portables (are making) a huge difference,” Beehner said. “I’ve had people comment to me …….