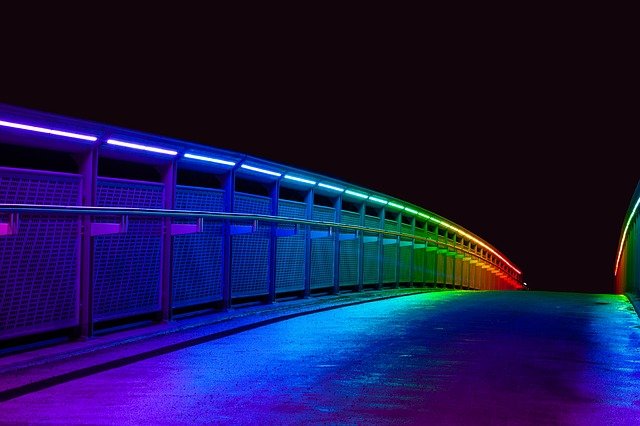 The light on your porch or the streetlights in your neighborhood probably don’t come to mind when you think about pollution. But as artificial light has increased over the years, its far-reaching implications have grown more apparent. Across the globe, amateur and professional astronomers alike are illuminating those consequences, and some communities are taking action.

Since widespread use of lightbulbs ramped up over a century ago, we’ve no longer been exclusively governed by our planet’s built-in bedtime — a natural cue for our own circadian rhythms that also influences how plants and animals go about their lives.

“Essentially, we’ve upended that in the last 100 years by the rapid and ever-increasing growth of artificial light at night,” said Ruskin Hartley, executive director of the International Dark-Sky Association (IDA).

Light pollution has been on the rise for decades. In North America alone, light emissions rose by around 6 percent annually from 1947 to 2000, according to research published in 2003.

Observable light emissions increased globally by at least 49 percent from 1992 to 2017, a study from the University of Exeter this year found. It also emphasized that, due to measuring limitations, the actual increase is likely much higher — as much as 270 to 400 percent depending on region.

Light becomes pollution when it’s not serving a useful purpose, according to Hartley, and that can waste energy, racking up a hefty price tag and contributing to our carbon footprint.

Light pollution can take a few different forms, as defined by the IDA. “Clutter” is an often-disorienting combination of multiple, excessively bright light sources, like Times Square or Las Vegas. ”Glare” is when super-bright street or headlights hurt your eyes or make you squint in discomfort. ”Light trespass” is when light shines where it’s not supposed to, like a streetlight streaming into a bedroom window.

If you’ve ever had to buy blackout curtains to help you sleep better, you already know that excess lighting can have negative effects on living things. People who are exposed to a lot of artificial light when it’s dark outside may be more prone to insomnia. And artificial light can throw off plants and animals in myriad ways, from disorienting birds and making it more likely they will fatally collide with buildings, to helping drive a massive insect population decline worldwide.

In Pittsburgh, the city council recently approved a Dark Sky Ordinance after years of local advocacy that will pave the way for less wasteful, more eco-friendly light fixtures for streetlights, parks, playgrounds and buildings located on city property.

Astronomer Diane Turnshek, who’s based at Carnegie Mellon University in Pittsburgh, said it will be the first city to follow the IDA’s newest guidelines, but it’s not the first to address light pollution on the local level. Flagstaff, Arizona, was the first city to receive official “International Dark Sky Place” designation in 2001, but it enacted the first-ever outdoor lighting ordinance back in 1958, according to the IDA.

When Pittsburgh begins to replace its lights early next year, it will swap in new LED light fixtures that emit a softer, warmer light compared to harsher LED lights that are more commonly in use today. The swap will involve around 40,000 existing lights that currently use either traditional LEDs or older high-pressure sodium bulbs, and the city also plans to add several thousand new street lights in order to improve light equity — the balanced distribution of artificial light — across the city.